Duration: up to 8 hours

Enjoy Cairo City Tour visiting the most interesting Egyptian Museum, which features artifacts from the Pharaonic period. The museum displays a rare collection of 5000 years of art which is considered the largest most precious collection of Egyptian art in the world. The Citadel situated on a highly visible spur of the Mokattam Hills of Old Cairo was the nerve center of Egypt for almost 700 years. Construction of the grand structure began in 1176 and was completed by Muhammad Ali Pasha, ruler of Egypt in the late 19th century. Mamluk sultans and Turkish governors resided in the Citadel, which is among the world's most splendid monuments of medieval warfare.

Then, you will continue driving to visit El Sultan Hassan Mosque that also known as 'Madrasa El Sultan Hassan' that was founded by Sultan Hassan in 1356 A.D Opposite to El Sultan Hassan Mosque is located Al-Rifa’i Mosque, which dates from around 1869 and that has the mausoleum of the last Shah of Iran, Reza Pahlavi as well as kings and rulers like the Egypt Royal Family. Drive back to central Cairo and end your day at the lively Al Rifai Mosque & Bazaar where you can master the art of bargaining for great prices on fine brassware, copper, perfumes, leather, silver, gold, and antiques.

Pick-up from your hotel in Cairo. During booking, you will be asked to provide your pick-up address. Please confirm the pick-up place and time directly with the local operator whose contact information can be found in the voucher after booking.

What to remember
Read more
When
Read more
Provider
Travco Group for Tourism
Booking fee
Good news! No extra fees are applied to this booking.
Cancellation policy
Receive a 100% refund if you cancel up to 1 day before the activity begins. 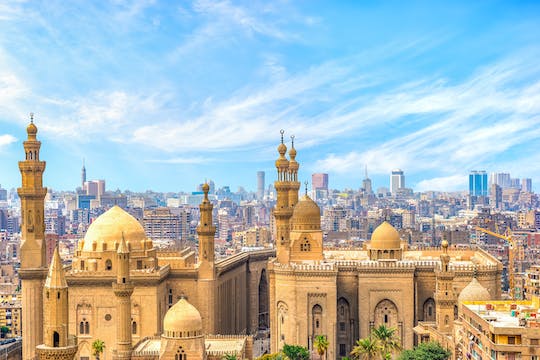 Half-day the palace of Baron Empain and Cairo festival city Full-day the Fatimid and Mameluke treasures in Cairo

Your day starts with visiting Al Muizz Street, which is a major north-to-south Street in the walled ... Ancient Egypt cultural wealth has always bedazzled the world. “This immensely important story is the... Our day today is a very active day. The Egyptian Pyramids are very human monuments, although their b... Cairo is much more than architecture, history, monuments, museums, it is a city that never sleeps. D... 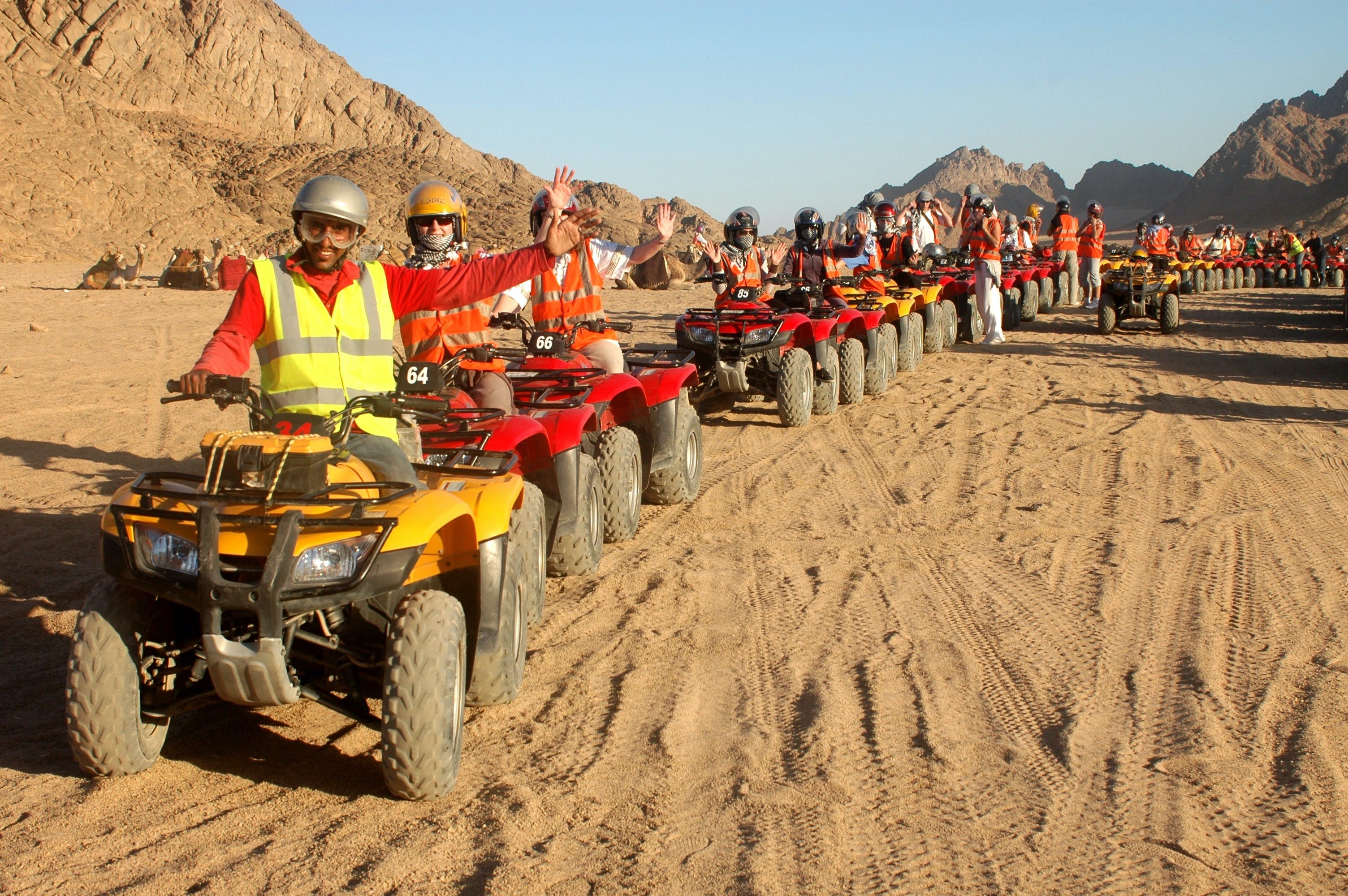 You wish to go on an active quad bike tour morning - single use - after your breakfast. Then get rea...